Cowboys cornerback Kelvin Joseph was a passenger in a vehicle from which several gunshots were fired last month, killing a man in the Old East Dallas area, but Joseph was unarmed and did not kill the man, his attorney told Tea Dallas Morning News on Friday.

Dallas police interviewed Joseph, 22, Friday afternoon at his attorney’s Uptown office in about his involvement in the death of 20-year-old Cameron Ray. He was silent as he left the office about 4:30 pm and was driven off in a blue sedan registered to another attorney at the law firm.

Joseph and Ray were out with separate groups of friends when the shooting happened early March 18. According to surveillance video footage that Dallas police released this week, the groups engaged in a skirmish around 1:45 am outside a nightclub and bar on the 3600 block of Greenville Avenue, at Martel Avenue.

Footage shows that, soon after the fight, a black SUV drove past Ray and his group of friends, and shots were fired from at least one of the vehicle’s windows. Ray was transported to a hospital, where he died. 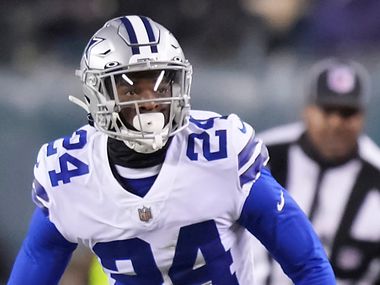 The Cowboys drafted Joseph, who played at LSU and Kentucky, in the second round last year.

“Kelvin Joseph did not shoot Cameron Ray,” Barry Sorrels, Joseph’s attorney, said. “Mr. Ray’s death is a tragedy, and Kelvin extends his deepest condolences for the family’s loss. On the night of March 17, Kelvin was unarmed and was not looking for violence. He found himself in a situation that escalated without his knowledge or consent.

“Along with condolences to the Ray family, Kelvin apologizes to the Dallas community for being anywhere near this type of incident. The investigation is ongoing, and we intend to respect the process.”

Sorrels declined to provide any details related to Joseph speaking with police, saying he would address that subject “later and at a more appropriate time.” 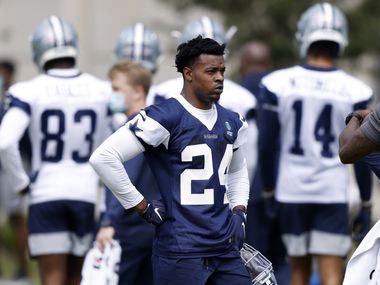 For the first time, the Cowboys publicly addressed the investigation Friday in a statement provided to the news.

“The Dallas Cowboys are aware of the tragic incident that occurred in Dallas on March 18. First and foremost, our hearts go out to Mr. Ray’s family and loved ones. The organization is aware of Kelvin Joseph’s possible connection to this incident. We are in contact with Dallas law enforcement and have alerted the NFL office. We have no further comment at this time.”

An NFL spokesperson said the matter is “under review of the league’s personal conduct policy.”

The fact that Dallas police asked for the public’s help may indicate that Joseph went weeks without contacting police about what he knows of the shooting and those involved. Texas’ law of parties could potentially lead to charges for anyone who was in the SUV at the time of the shooting.

Earlier this week, Dallas police requested the public’s help to identify the six men involved in the disturbance with Ray’s group outside OT Tavern. Joseph became identified, as he shares similar facial features as one man in the video who wore a necklace appearing to have the letters “YKDV” encrusted on a medallion. On Friday, they released video of the men.

Joseph has a rapping pseudonym, YKDV Bossman Fat, that predates his time in the NFL. YKDV stands for “You Know Da Vibe.”

Joseph played sparingly as a rookie for the Cowboys, beginning the 2021 season on injured reserve with a groin before he suffered during an Aug. 29 exhibition against the Jacksonville Jaguars. Through the team’s first 14 games, he appeared in seven and played only 14 defensive snaps, contributing mostly on special teams. He started two of the final three regular-season games and finished the year with 16 tackles and two passes defended.

This is the latest of several off-season woes for the Dallas Cowboys. A woman sued Dallas Cowboys owner Jerry Jones, saying she is his daughter. Jones alleged she was extorting him, which her attorneys denied. And a multimillion-dollar settlement with the team’s cheerleaders related to accusations of voyeurism came to light, as well as a lawsuit about a videotape of a sexual encounter involving one of Jones’ sons. 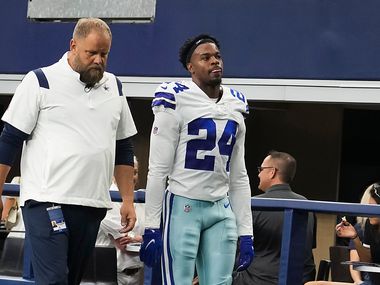 Also Friday, the city of Dallas threatened a lawsuit against properties on Greenville Avenue near where Ray was shot. A Dallas assistant city attorney wrote in a letter this week that the properties, which include OT Tavern and Bar 3606, have repeatedly been the location for crimes in the past, adding that the city is now prepared to file a lawsuit if the properties “fail to abate the crime.”

The letter cites seven crimes on those properties since 2018, which include the March homicide, two aggravated assaults, a sexual assault, two criminal mischiefs and one charge related to discharging a firearm. Four of those crimes have taken place over the last month, according to the letter.

The property owners could not immediately be reached Friday for comment.

Council member Paul Ridley also plans to file a protest against Bar 3606 before it applies to renew its Texas Alcoholic Beverage Commission license this summer, according to his office. Ridley urged the city to take legal action against the two bars, his office said.