A man who is refusing to leave his New York City apartment after the building was sold last year suspects that his new landlords are trying to force him out with unnecessary construction and a noisy air filter.

Ahmet Nejat Ozsu, 51, has been living at the Eagle Court building in the city’s Upper West Side for 16 years. He pays $3,350 a month for a 700 square-foot one-bedroom apartment with a private deck on the top floor, though he owes over $13,000 in back rent.

In June, the Naftali Group bought the building for $70 million and told all tenants to move, the New York Times reports.

Attorneys and real estate experts believe the building will likely be torn down, with all 128 units replaced with a luxury tower that would house no more than 11 mega-units worth as much as $40 million.

Only 16 of the building’s apartments are still occupied, but Ozsu is on a ‘crusade’ to stay, his attorney told DailyMail.com.

The software developer – who was unemployed from October 2021 until March – says he needs at least another year at his new job to save up and move somewhere else, but some speculate that he could be holding out for a million-dollar payout.

Naftali has filed a $25 million lawsuit against the stubborn tenant and even offered him $30,000 to leave. The developer has started construction across from Ozsu and placed a surveillance camera and a noisy air filter outside his unit, which it claims is ‘actually for his health and safety.’

Ozsu and his landlord are now embroiled in a standstill after Ozsu applied for pandemic-era rental assistance. If approved, it could delay his eviction for years. 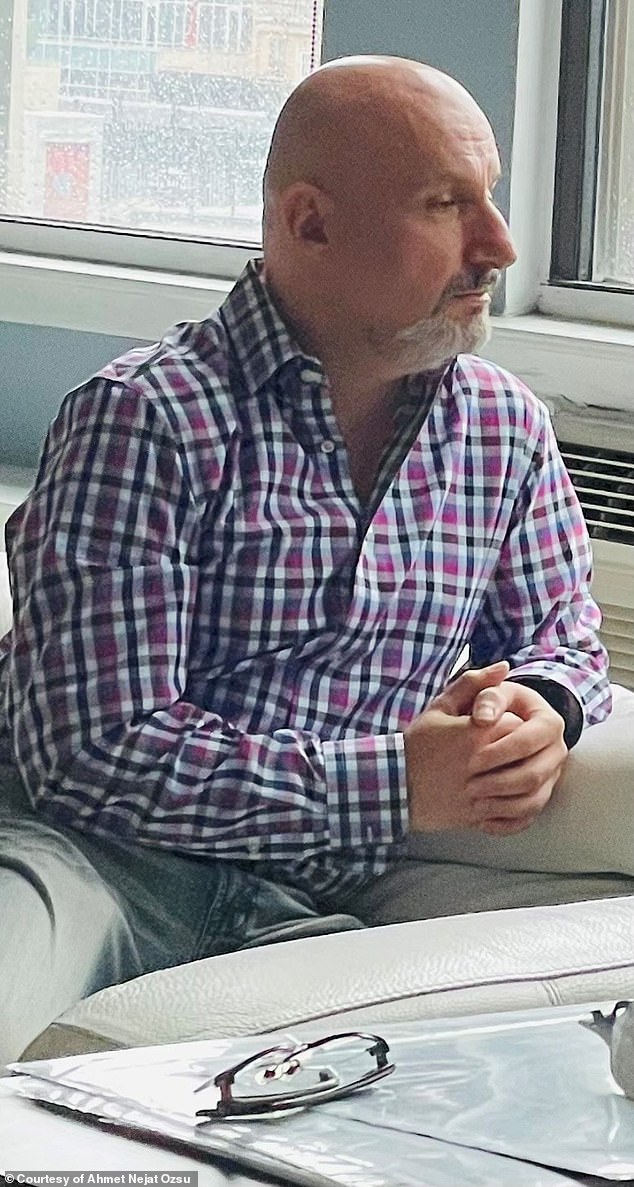 Software developer Ahmet Nejat Ozsu, 51, is refusing to leave his Upper West Side apartment after his building was bought last year because he needs more time to find new housing 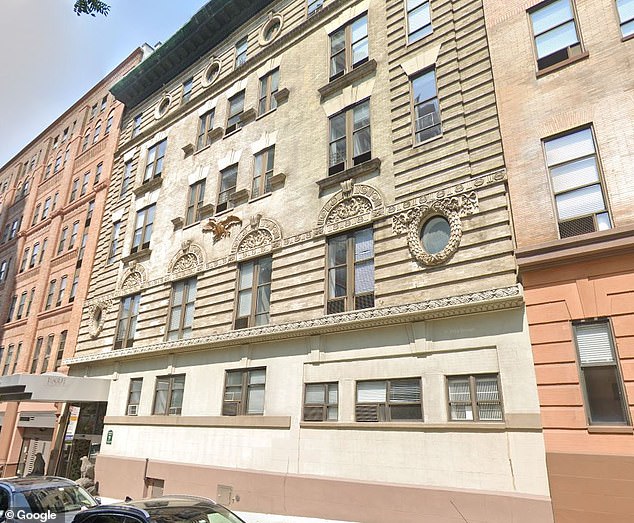 Ozsu has been living at the Eagle Court in the city’s Upper West Side for 16 years. He pays $3,350 a month for a 700 sq ft one-bedroom apartment with a private deck on the top floor

Ozsu’s lawyer, Adam Leitman Bailey, told DailyMail.com that Naftali is ‘bullying’ his client, who needs time to find a new place to live.

‘His view is now that he’s standing up for all New Yorkers who couldn’t afford a high-priced lawyer,’ Bailey said. ‘And he’s gonna stay there for as long as he’s legally allowed to be there, number one.’

Bailey says Naftali has been harassed with a loud air filter.

‘It sounds like a jet,’ Ozsu told the Times. ‘It feels like it’s at the back of your head all the time.’

Bailey believes its nothing but an act of pressure.

‘It’s just sitting in front of his hallway,’ he said. ‘Even though they’re demolishing the building, they’re doing construction in front of the hall.’

Bailey says he’s working with government officials to obtain a Certificate of No Harassment against the building’s owners. The document would prevent Naftali from demolishing the building until three years have passed since the landlord’s last used intimidation tactics. 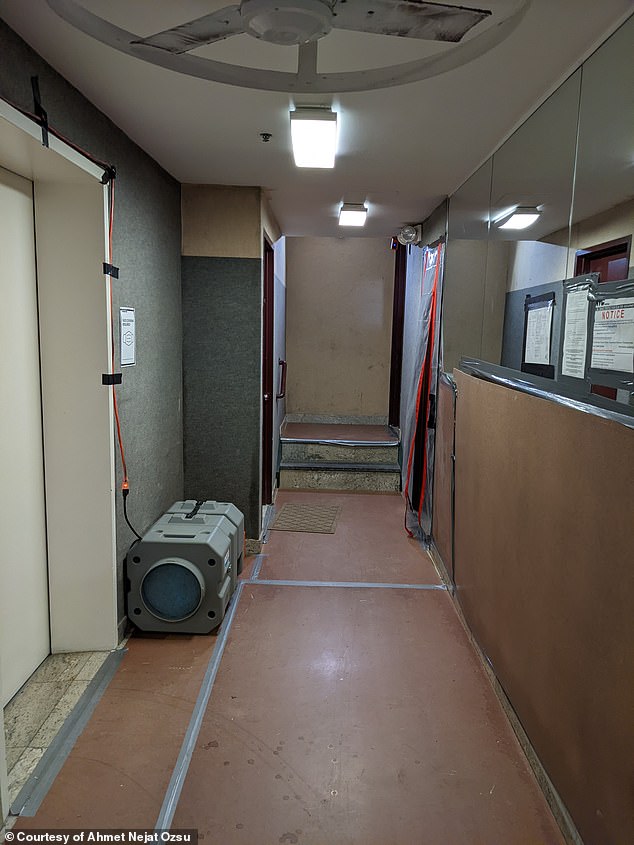 Ozsu says the building’s new owners have installed a loud air filter that sounds like a ‘jet’ in order to intimidate him into leaving his unit, which he owes more than $13,000 of back rent on 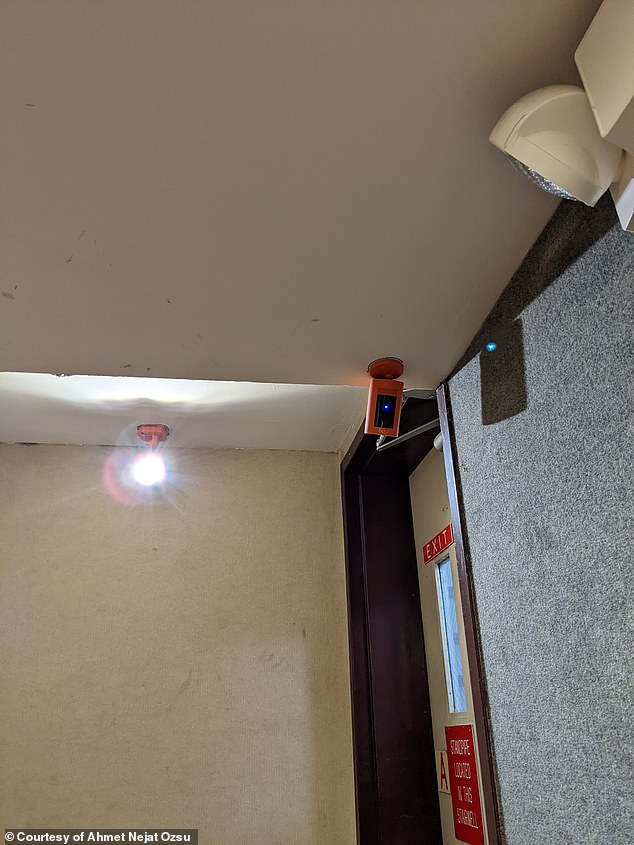 The developers have also placed a camera outside his unit in the nearly empty building. An attorney for Naftali says the camera is for ‘general security issues’ after a dispute involving Ozsu and building staff 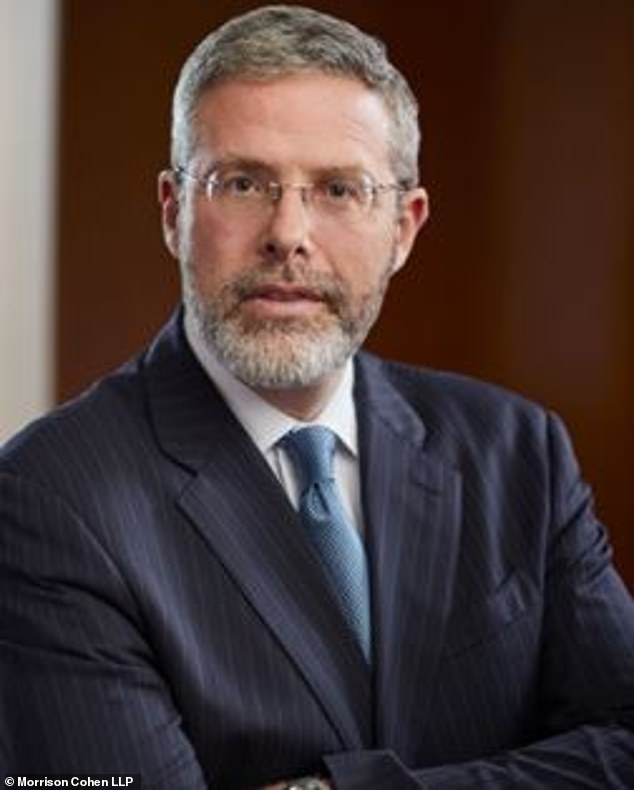 Naftali attorney Y. David Scharf said: ‘There has been no harassment, period, full stop.’ He has accused Ozsu of holding out for a million-dollar payout

Aside from the $25 million lawsuit against Ozsu, Bailey says the developers also came for him.

In a cease and desist letter provided to DailyMail.com, the developer’s attorney, Y. David Scharf, threatened to sue Bailey for ‘coordinating a media attack’ against the developer and allowing reporters to go inside.

‘I’ve never seen this before,’ Bailey told DailyMail.com. ‘You can’t stop a reporter from coming out.’

For the tenant at the center of the dispute, the issue is simple.

‘It’s two things: I have the right to be here, and I have no place to go,’ Ozsu told the Times.

Scharf, the developer’s attorney, says there has been no retaliation against Ozsu, who they claim is only after a million-dollar payout.

‘There has been no harassment, period, full stop,’ he told the Times, adding that the camera installed outside the tenant’s unit is for ‘general security issues’ arising from an incident between Ozsuand building staff.

‘Through counsel, he has made it clear he’s holding out for a ransom of north of a million dollars,’ Scharf said.

Ozsu moved into the building in 2006 after it was recommended by a friend. He moved to his current top floor unit the year after. 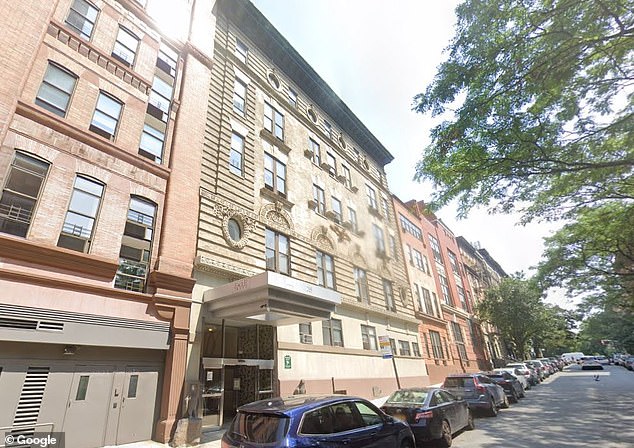 Ozsu moved into the building in 2006. Former tenants described a friendly atmosphere, with Ozsu often inviting his neighbors up to his deck for cookouts. The building is likely to be replaced with a luxury tower that will only have room for 11 units, down from the current 168

Former tenants described it as a friendly and open living environment where neighbors interacted often.

‘It was like Melrose Place, without the sexual scandals,’ one tenant told the Times, recalling how Ozsu would invite neighbors over for cookouts by leaning over his private deck.

One former resident said some tenants accepted financial settlements to end their leases early and move on. Another said she left early because it no longer felt like home.

Ozsu tried to pay $13,600 in owed rent this week, but his building’s legal team said it would reject the payment, according to court filings that are part of their $25 million lawsuit against him.

Though Naftali hasn’t filed any formal plans for a new project, the firm is building a 13-story tower on the Upper East Side with space for businesses and just 11 luxury condos worth between $8.5 to $40 million.

Bailey, the tenant’s attorney, says the best case scenario would be to delay the demolishing of the building ‘for years as a result of the harassment.’

Amid a hot real estate market, Naftali could decide that it’s cheaper to pay Ozsu off and begin construction than to wait for him to leave.

In 2005, a longtime resident of the Mayflower Hotel scored a $17 million buyout and promised of a two-bedroom apartment overlooking Central Park for $1 a month after he refused to leave.

A third of the payout went to his attorney, David Rozenholc.

‘I’ve settled three cases already this year, which is a quick pace,’ Rozenholc told the Times.