I’ll never forget the day I realized my daughter had a true allergy to cashews. Another one of my children, who is dairy-free, decided to make tomato soup. The recipe called for a dairy milk to create the creaminess, so we researched substitutes. We settled on cashew milk, which would render a similar consistency. 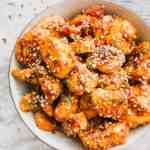 Sesame Allergies are More Common Than We Thought — Is Your Child at Risk?

At lunch, two of my kids and myself sampled the soup. Within a half-hour, my younger daughter had a rash and substantial diarrhea. What was the deal? I realized there was something going on, but didn’t put two and two together until several weeks later, when we were traveling to Chicago. I pulled out individual pistachio packets for the kids to snack on in the car. My daughter ate a few and then claimed she had a stomachache, refusing the rest. A quick internet search told me that kids who are allergic to cashews are also likely to be allergic to pistachios.

Though my daughter’s initial reactions weren’t life-threatening, a trip to the allergist revealed that subsequent reactions can be worse. We were prescribed an emergency allergy pen and told to carry it with us at all times. We also needed to read the labels of every single thing she ate, making sure she didn’t get even a dusting of cashews, pistachios, and likely other tree nuts. We also had our daughter allergy tested, which confirmed our suspicions.

I’m embarrassed to say that I used to roll my eyes at parents who claimed their kids had food allergies. They always seemed to claim their children needed exceptions, which I now know are medically necessary accommodations. There was always that one kid who couldn’t have a particular food, so the rest of the group had to be extra careful. I felt these parents were over-the-top. That is, until I became one of them.

It’s easy to sigh at others when you have no idea the seriousness of what their child faces. A true food allergy can be life-threatening. We quickly learned this during our daughter’s numerous appointments and every time we had to pick up two new emergency pens from the pharmacy.

Normal errands—like to the bank—became potentially dangerous. Bank tellers, as well as employees at many establishments (even medical offices), often offer kids candy. We trained our daughter early on in her allergy journey to reply, “No, thank you” to every single person who offered her food.

There were also the times when our child wasn’t with us, such as the two days a week she attended preschool or kids’ church on Sunday mornings. Each time we dropped our daughter into the care of someone else, we had to remind them that she had a tree nut allergy. Under no circumstances could they offer our daughter that day’s snack.

Most people don’t know how to scrutinize a food label to ensure that food is safe. Others don’t understand the difference between peanuts and tree nuts, like almonds and cashews. There’s also the danger of cross-reactivity and cross-contamination. Many, many foods are produced in the same factories that process tree nuts — so even foods that do not actually contains tree nuts can be contaminated, posing danger to the child who is allergic.

Eating at a restaurant or getting takeout was nearly impossible. We had to research every single establishment, including which ingredients they used. Usually, we ended up making our daughter food at home and then getting the restaurant food to-go for the rest of us. We weren’t willing to risk taking our child to the emergency room, especially not during the pandemic.

I regret every single negative thought I had toward the parents of kids with food allergies. I was judgmental and cold. Parenting a child with a food allergy completely changes life for everyone in the household and creates a lot of (founded) fear when venturing out. Events that are supposed to be fun, like a birthday party, pose danger to a child with a serious food allergy.

The reality is that parents of children with food allergies cannot be too careful or protective. Exposure to the allergen can result in a child getting seriously ill — even dying. As parents, it’s our job to ensure our child’s well-being, including their physical safety. We have to be hyper-vigilant.

We recently had our daughter re-tested, doing what’s known as a food challenge. She eats a tiny bit of tree nut butter over the course of several hours, while the doctor watches her closely for a reaction. it turns out she’s one of those patients who has outgrown her food allergy. No more emergency pens, scrutinizing food labels, and researching restaurants. We are grateful for this change — but in the meantime, we’ve learned an important lesson.

It is easy to judge allergy parents when you aren’t part of their group — whatever that group may be. I made assumptions that were completely off-base, something I’m not proud of. Empathy and a willingness to learn go a long way and can make a big difference in making new friends, but also in a child’s safety when it comes to food allergies.