Blaze’s Evercade family of systems has proven to be something of a hit in the Nintendo Life office for a wide range of reasons – one of which is the fact that the system offers legitimate access to some classic NES and SNES titles via its range of physical carts .

The original handheld was joined by a home console variant last year, and today – on the second birthday of the Evercade range – manufacturer Blaze has revealed the next entry in this line of systems: the Evercade EXP.

It’s a portable machine (again), but one that comes with some impressive upgrades over the original model; there’s a much improved 800×480 pixel 4.3-inch IPS screen (protected by tempered glass), built-in WiFi, USB-C for charging and even a dedicated ‘TATE’ mode, where the console is held in portrait orientation. Two additional fire buttons allow you to play vertically-scrolling shmups to your heart’s content (a similar approach was seen in some PSP games, like Star Soldier). TV-out via Mini-HDMI is still included, but has been “redesigned to help cable stability.” The EXP’s rechargeable battery is rated at 3000mA and will offer around 4-5 hours of playtime. 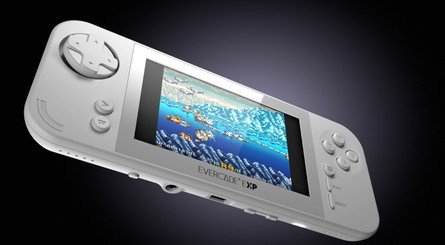 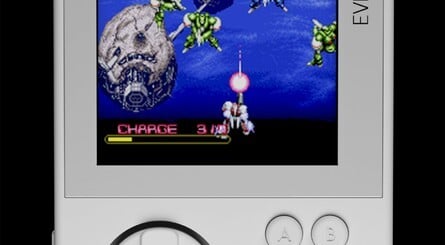 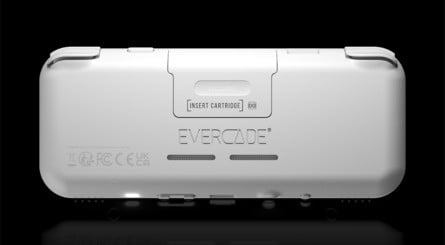 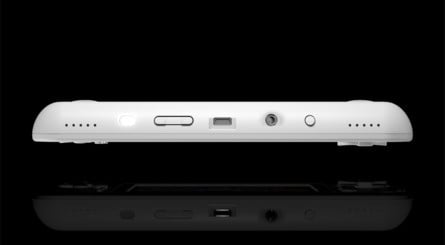 Under the hood, the EXP is on par with the Evercade VS home console in terms of specs; there’s a 1.5Ghz processor and 4GB of built-in memory, which means you’ll get the same experience as you would from that system, but on the move.

The Evercade EXP will come with IREM Arcade 1, a new cartridge-based collection which includes R-Type, In The Hunt, Moon Patrol, 10 Yard Fight, Battle Chopper / Mr Heli and Lightning Swords. The system will cost £129.99 / $149.99 / 149.99 Euros when it launches this winter.

Interestingly, more ‘bonus content’ will be included with the EXP, but Blaze is keeping tight-lipped on that until September, when pre-orders open.

In addition to this base package, an Evercade EXP Limited Edition bundle will be available via Blaze’s retail partner, Funstock. It will be a completely black console, and will include an exclusive hard carry case, art cards, poster, certificate of authenticity, keyring and “other fun extras” – but most exciting of all is the inclusion of a second collection packed with classic arcade titles from Japanese company Toaplan – including Flying Shark, Alcon (Slap Shot), Tiger-Heli, Truxton, Zero Wing, Guardian, Snow Bros and Teki-Paki. This edition is limited to 5000 units. Pre-orders for this bundle open at 17:00 BST on June 1st, and it will cost £179.99.

Blaze has released this handy list which shows which games support the EXP’s new TATE mode:

Andrew Byatt, Managing Director of Blaze Entertainment, had this to say about the announcement of the EXP:

It has been a huge two years for Blaze. Two years into our journey with Evercade we have published 28 cartridges of iconic retro titles and launched a handheld and home console. Now we are excited to show people the Evercade EXP which is the result of all the feedback we received on our original, successful Handheld. With this new product we are giving existing Evercade fans a better way to play on the move and new customers a more premium experience. Alongside this we bring two more Arcade Titans in Toaplan and IREM to the system.

So what happens to the existing Evercade handheld? According to Blaze, it’s going to be discontinued, but the company will still honor warranties and support requests from the purchase date of the product. There will be one more firmware update for the original console, too.