The report said US intelligence assessments indicate the Russian leader is sick, isolated and increasingly paranoid, making his course in Ukraine unpredictable. The US National Security Council denied any such report exists.

The intelligence on Putin’s status is murky due to his isolation since invading Ukraine, the officials said, warning against jumping to any conclusions or predicting Putin’s demise.

Other Russian officials are angling for power in the Kremlin, sensing that Putin is near the end of his time, one of the officials said.

The assassination attempt was a “Russian plot” that was uncovered by Kremlin security, the report said, without providing further details.

It further said that the CIA and other countries’ intelligence agencies have heard reports of discontent in Russia’s security ministries and that some Russian diplomats want to defect to Western countries.

Putin has appeared frail during some public appearances in recent months.

One of the US intelligence officials said a weakened Putin wielded less power over his subordinates and may be less able to order the use of nuclear weapons even if he decided to.

Russian Foreign Minister Sergei Lavrov has dismissed any rumors of Putin being ill. 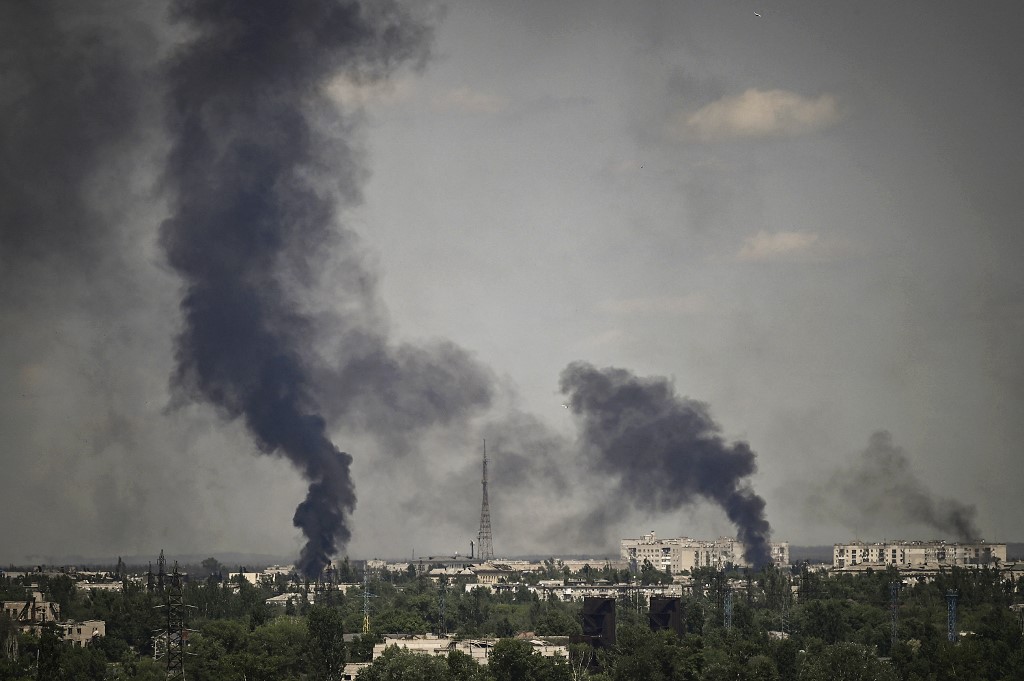 Smoke rises from the city of Severodonetsk, during shelling in the eastern Ukrainian region of Donbas, on May 30, 2022, amid Russia’s military invasion launched on Ukraine. (Aris Messinis/AFP)

Russia’s invasion of Ukraine reached its 100th day on Friday with Russian forces hammering the Donbas region in their push to capture the country’s east.

Ukraine said on Wednesday that Russia is in control of around 20 percent of Ukrainian territory, including Crimea and parts of the Donbas seized in 2014.

After being repelled from around the capital, Putin’s troops have set their sights on capturing eastern Ukraine, prompting to say warnings the war could drag on.

Russia’s invasion of its neighbor has killed thousands and forced millions to flee, with Ukraine’s east bearing the brunt of the assault.

Ukrainian President Volodymyr Zelensky has said Kyiv’s forces are losing up to 100 soldiers per day.

AFP contributed to this report.